Well, today is the last day of sketches and illustrations... Well, until I pencil some more. Next Thursday I will be at GenCon but I'll see if I can't get something scheduled for the day before I "go offline" for several days. :)

I have to admit that I worked the longest and hardest on Azaes. He is much harder than drawing humans, especially with his scales and his ridge. 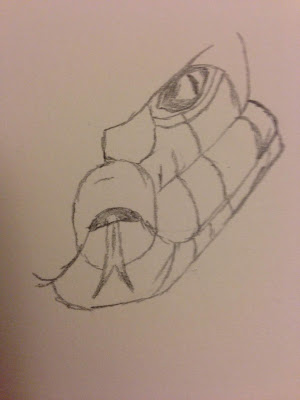 I found the ridge the hardest and didn't really get it right. The bony-ridge is a slightly raised thick, bonelike scales that are red. From the red strip, barbs/spikes protrude. There are some Mar'Sani who can retract the spikes. 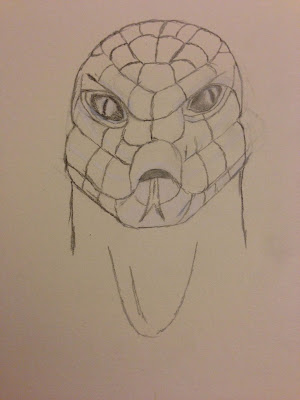 The ridge starts at the crown of their head and follows the spine to the tip of the tail. With the Vondorians and Warlord Sohm'lan, these barbs can be retracted otherwise they would go through a lot of sheets when sleeping. LOL :-) Well, unless they are stomach sleepers. 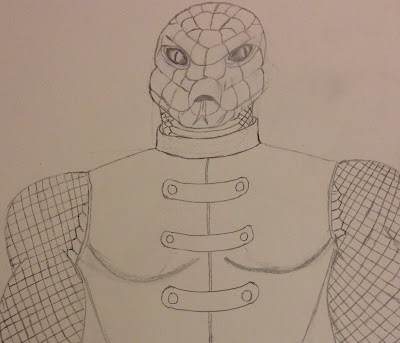 Okay, so his arms aren't great but the face is pretty good. I need to redo the mouth though. That looks more like a bird beak. Anyway, since I didn't get some elements of his body right, neither did the illustrator, though she did a much better than I did. 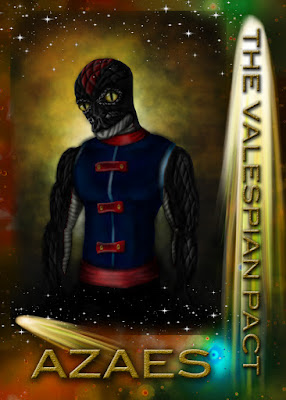 Shaneva's sketch is a bit more whimsical. With Azaes's drawing, I realized that I couldn't get the colors correct. So with his sister, I stuck with the idea that this was just going to be black and white sketch. 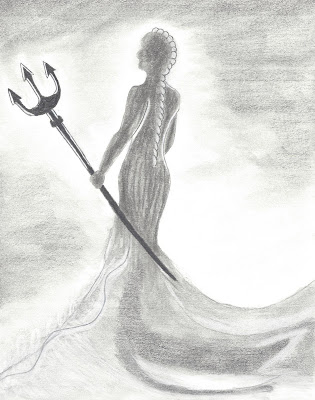 When I sent this to the illustrator, she thought Shaneva was wearing a gown. I had to explain she was in stormy waters, and then I explained Shaneva's coloring. I had her add the spines on Shaneva's arms. When she asked me if I wanted Shaneva's head turned as if she was looking over her shoulder, I responded with an emphatic yes. 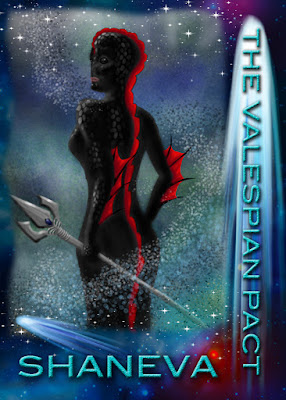 Shaneva and Azaes are my favorite illustrations, but my favorite sketch is Zeus. He looks a bit innocent but I think his was the best sketch that I have completed so far. 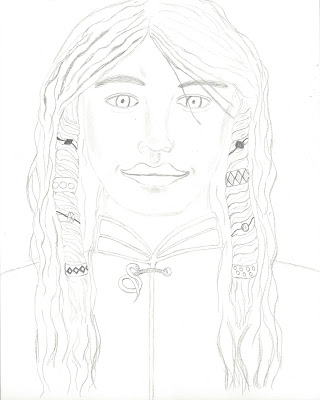 I think that because I really loved Zeus's sketch, his illustration was just meh for me. The colors are great and you get a better idea of what his eyes look like and the color of his hair is spot on. The bound locks are good, too but the shape of his face is different than my sketch. Like I said, I REALLY liked my sketch, but I'm terrible with the coloring and other aspects of creating something that represents my characters. 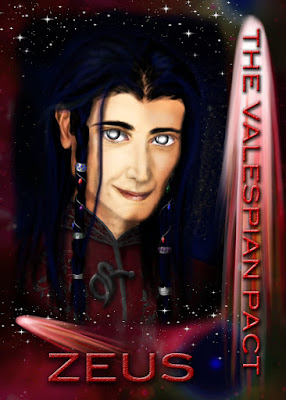 That's it for the sketches that I'm okay with showing the public. Hopefully, I'll have some new ones to share in the future. I also hope that you enjoyed this look into some of the characters of the Valespian Pact.