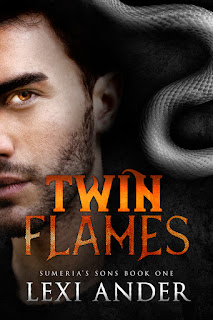 eBook Buy Links: Amazon
Audiobook Buy Links : Amazon | Audible US | Audible UK | iTunes
A Lycan descendant of Gilgamesh and Enkidu, Tristan is not as extraordinary as his ancestors. He is an average warrior, unremarkable throughout. But this fact does not trouble him because he has found his Twin Flame, the one person destined to be his, who will love him unconditionally, life after life.

Then his Flame betrays him, leaving him shattered and dying. Brokenhearted, Tristan dissolves the sacred bond and leaves. His best friend, Ushna, accompanies him, vowing to guard and protect him, and Tristan slowly comes to realize that love does not require a sacred bond.

But if he hopes to keep the love he chooses, they will first have to survive ancient secrets, lies, mythical creatures, and the return of absent gods…

Note: Sumeria's Sons is a paranormal urban fantasy that slowly unveils the lost myths and legends of the modern day Lycan people. This series does eventually feature an mpreg relationship, but it is not the sole focus of the plot. This book was previously released by another publisher. Only light editing changes have been made to this book. 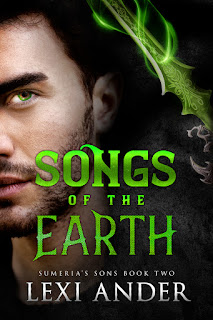 Title: Songs of the Earth
Series: (Sumeria’s Sons #2)
Genre: Gay / Urban Fantasy / Paranormal
eBook buy Links:  Amazon
Audiobook Buy Links : Amazon | Audible US | Audible UK | iTunes
Thrust into the role of Prince of the Lycans, Tristan strives to find his footing in a life suddenly rife with secrets and lies--and danger. Betrayed by a Goddess meant to safeguard him, desperate to protect his consort and their growing tribe, he can only prepare for the worst and struggle to hope.

And then the worst comes to kill them...

Bonus material: (Sumeria's Sons Interlude,1) (Sumeria's Sons, 2.5)A New Beginning
Gregori and Juan have been dancing around each other since the fateful day when Juan gave his blood oath to Tristan Janick, and they were both swept up in the chaos that Tristan has brought to their worlds. But dangerous ghosts haunt Gregori and even the fierce, compelling Juan and the pull between them are not enough to override his desire to keep everyone safe by leaving the only place he wants to stay… 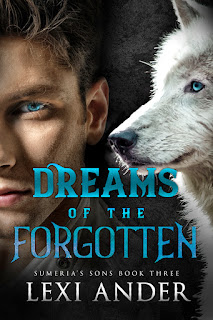 Title: Dreams of the Forgotten
Series: (Sumeria's Sons, #3)
Genre: Gay / Poly / Urban Fantasy / Paranormal
eBook buy Links:  Amazon
For Tristan and Ushna, nothing comes easy. With each passing day the challenges grow and the dangers multiply. The safe home they are building for their family and tribe is threatened from all sides, and the peace they seek is being torn apart by enemies and internal strife. Tristan dares not reveal his condition to any but those closest to him, all the while he's plagued by dreams he cannot remember upon waking...

Over it all hangs the knowledge that his time with Ushna is running out. Ushna already has a Flame awaiting rebirth, and though Tristan would die to protect that bond, he constantly struggles against his beast who demands they bind Ushna to their side.

Bonus Material: Starting Fires (Sumeria's Sons Interlude, 2) (Sumeria's Sons, 3.5)
Juan's budding romance with Magi Gregori is brought to a sudden halt when Stan, Gregori's childhood friend and former lover, arrives unexpectedly at the ranch. Their romance is threatened completely when Stan makes it clear that he wants Juan gone and is not above using any means necessary to make sure it happens. Caught in the middle, Gregori must choose: the old flame or the promise of a new fire. 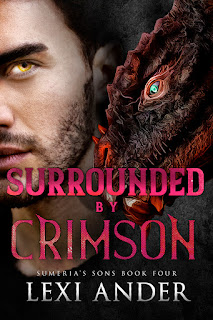 Tristan has agreed to bond with Ushna, but there is still much to do. Returning to Tribe Enkidu puts everyone on edge, and Tristan is being stalked like prey. It doesn't help that he fights depression as he mourns the loss of Nikita, or that claiming his birthright becomes a battle of wills with the Elder Council. The pleading of his adoptive daughter only adds to the oppressive feeling.

Stumbling onto a secret prison while searching for Ushna leads Tristan to risk everything to free a lost God. But breaking the bond to his Twin Flame all those years ago has more repercussions than Tristan knew, and the assistance of a forgotten Goddess and a centuries-old lover may not be enough to save him.

Bonus material: A Child's Wish (Sumeria's Sons Interlude, 3) (Sumeria's Sons, 4.5)
Stan Kendal thinks becoming an Ophidian is the first step toward redemption. He has failed Tristan and senses it is too late to be his future king's strong arm. He has failed Gregori, his out of control actions driving a wedge between him and his childhood friend. Now his new friend, Randy Aikman, extracts a promise that Stan's ill-equipped to handle. But he's determined not to fail, because if he does, the price isn't his ego or pride—it's the life of a child. 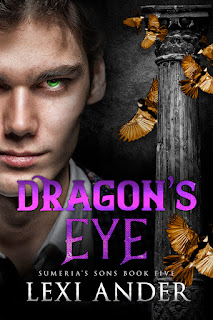 
In the wake of birth and betrayal, Ushna takes the God Ashur to Tristan in a last desperate bid to save Tristan's life—and is helpless to do anything but watch as Ashur instead buries him in a grave. Though he has no desire to go on living, having now lost Brian and Tristan, Ushna has no choice. Not only do their children need him, the mysterious Simurgh has come out of hiding and forces him to continue on—for there is much to do and little time to do it, especially with treachery and danger closing in on them from every side. 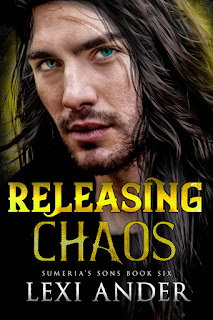 Tristan, Ushna, and Brian have meticulously prepared for the day they face Inanna and Marduk, but they must rely on their inner circle if they are to win the day. Ushna needs to embrace his destiny and be transformed by Tiamat. But he returns with a mind fractured by a primordial god’s consciousness and needs a firebird’s help, or he’ll be lost. If he is, so too is the balance Brian and Tristan sorely need.

Tristan has vowed to care for his ex-Flame who is doomed to forget more and more with each use of his new ability. Adding to his burden, Tristan must free the warriors stolen by the government and devise a trap for Inanna.

Brian fears nothing more than losing Ushna and Tristan again. To prevent that fate, he recklessly devises a preemptive strike, but his actions might not only cost him his life, but Stan’s as well.

As for the inner circle…

With them, Tristan might be victorious. Without them, Tristan will fail and the Lycans will fall to Inanna, who is determined to release a long-forgotten chaos monster and bring about the end of the world.