Dear universe, why is it mid-March already. The cosmos needs to give me a break. I need like a pocket that I can slip into where time doesn't exist and I don't look at the date and despair that I'm still writing on Cherish (The Valespian Pact, 4). I want to be finished like yesterday. But here I am still slogging away. I need a break. 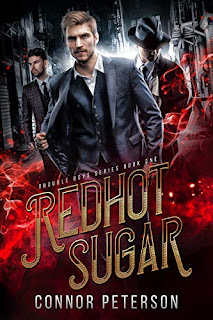 Garrett Fitzgerald didn’t ask to be the only son of Patrick “Paddy Fitz” Fitzgerald, but it isn’t all bad. He’s got his looks to get him into trouble and his fists to get him out. Or is it the other way around? He ran off to war five years ago and his family’s gambling business did just fine without him. Then Daniel Sullivan takes over, and Garrett has to come home.

Something isn’t quite right with the Sullivans. Their rise through the criminal ranks of Rochester has been nothing short of charmed, and now they’re the only game in town for importing booze. Getting on their bad side means dealing with Clinton Galloway, which everyone knows is a quick path to a shorter life-span.

Garrett and Daniel both want to keep the peace. When Daniel suggests they could partner in more than business, Garrett has no trouble introducing the young crime-boss to every indecent thing he learned overseas. But there’s a growing mystery that captures Garrett’s attention, and solving it also means uncovering the secret behind Clinton Galloway and the Sullivans’ rise to power.

When crates of liquor go missing, Garrett realizes there’s more going on than vampires and sirens hiding in plain sight. Someone or something has been setting the Sullivans and Fitzgeralds up for war, and that would really put a cramp on Garrett’s love-life.

Redhot Sugar is the first book of a gay poly/harem trilogy. Book one is open-ended, the series will have an HEA. 96,000 words. 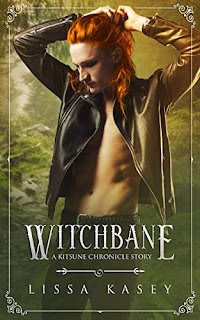 All Sebastian ever wanted was a place to call home. Bound to Liam, his fated mate, and nestled in the center of a werewolf pack, he’s found one. However, opening portals filled with monsters in his sleep, Sebastian’s power is a wild thing he’s unable to control. And it’s slowly destroying him.

He never asked to be part fae, or for any of their magic. Now something dark is creeping through the pack bonds, bringing unrest and chaos. Desperate to find a safe way to release the churning well of power inside Seb, the pair venture into Underhill, the abandoned land of the fae.

Only Underhill is on the verge of collapsing. It’s a race against time to harness the power of the kitsune and find a way home, or risk being devoured by a dying world. 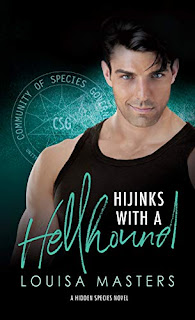 Title: Hijinks with a Hellhound
Series: Hidden Species, 3
Author(s): Louisa Masters
Length: 251 pages
Genre: Romance / Urban Fantasy / Paranormal / Gay /
Notes:
Blurb: I’m a one-and-done kind of hellhound… I don’t catch feeeeeeeelings…
Once upon a time, my first and last relationship taught me that romantic love isn’t enough to stop your boyfriend from trying to kill you. Been there, done that, got the T-shirt. My awesomeness is now strictly reserved for one-nighters and casual hookups. Sure, my friends seem to be matching up in romantic bliss, but screw that—I’m not interested.

Besides, things are heating up at the Community of Species Government, and I’m right in the thick of it all. Those bad guys are going down—and not in the good way. They might seem to have the drop on us right now, but we’re going to turn the tables on them. Even if it means going on a mission with Aidan Byrne.

I’m still not happy about the way Aidan handled things with my bestest bestie a few months back, even if he did turn out to be right. Plus, there’s something about him that rubs my fur in the wrong direction. He’s the kind of guy who thinks karaoke is only for college kids and looks down on me for licking my own balls. He also thinks that just because he’s the species leader, he’s in charge.

Too bad for him, I’ve never backed away from a challenge… even if it is unnervingly sexy and really bendy. A hookup won’t lead to feelings… right? 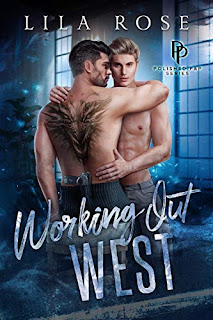 Title: Working Out West
Series: (Polished P & P Book 3)
Author(s): Lila Rose
Length: 202 pages
Genre: Romance / Contemporary / Motorcycle Club / Gay
Notes: I have read the first two books in this series and thought they were quite sweet. This one comes with a content warning so proceed with caution.
Blurb: College student West Millbrook is in financial dire straits since his overbearing parents refuse to support him when he moves away to study. His solution is working for the Polished P & P company which will also give him the freedom to be himself.
All he has to do is be an escort who sells his company, not his body. Easy, right?

It is until he meets Russian god Adrik Hail.

Wealthy businessman Adrik is lonely. His solution is to pay for no-strings-attached company. He doesn’t have time to waste impressing someone, nor does he want anyone to think they can weasel their way into his life. He’s a busy man who likes organization, and hiring someone from Polished means he’s the one in control.

Then adorable West walks through the door, changing everything. Now Adrik’s mind and body want more from the man, who is as sweet as he is kind. Adrik just needs to find a way of working out West.

Content warning: Please be aware this book contains torture, it may be a trigger for some readers. Proceed with caution.

Note: This is book #3 in the Polished P & P mm romance series, but it can be read as a standalone.
Book one: Wreck Me Forever
Book two: Never a Saint 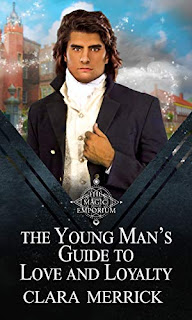 Title: The Young Man's Guide to Love and Loyalty
Series:
Author(s): Clara Merrick
Length: 218 pages
Genre: Romance / Fantasy / Alternate Historical / Gay
Notes:
Blurb: Loyalty is Lieutenant Owain Morgan’s watchword—loyalty to England’s Queen Elizabeth XII, to her daughter the Princess of Wales, and to the Royal Navy in which he serves. When his loyalty leads him into danger, an unseen something—or someone—lends a helping hand. Is he imagining it? Could it be a guardian angel? Or is it someone—or something—else?
Enter the intriguing Benjamin Fletcher. Owain knows that sharing a drink and a steamy afternoon together doesn’t have to mean anything, but Benjamin’s quiet charm works its way into his heart…. Until Benjamin turns up in the Earl of Essex’s retinue, that same Earl who, rumor says, is angling to marry the Princess of Wales and make her power his own.

Every encounter with Benjamin binds Owain’s heart more tightly to this enigmatic man yet tests his loyalty to Queen and Country. Will Owain be forced to choose between love and loyalty?

The Young Man’s Guide to Love and Loyalty is part of the Magic Emporium Series. Each book stands alone, but each one features an appearance by Marden’s Magic Emporium, a shop that can appear anywhere, but only once and only when someone’s in dire need. This alternate history contains princesses, palaces, steam trains, fumbling lovers, and a guaranteed HEA. 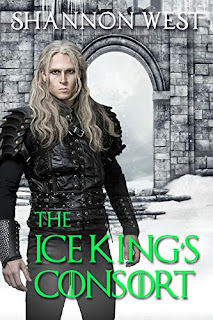 Title: The Ice King's Consort
Series:
Author(s): Shannon West
Length: 101 pages
Genre: Romance / Fantasy / Gay /
Notes:
Blurb: When a knock comes on the door one cold December night and a beautiful, but grim warrior offers a bag of elven gold in exchange for Pavel, a poor young man whose family is on the brink of disaster, his drunken father sells him away to the mysterious fae creatures of the Quendi forest. The Elves seem more ice than flesh and blood, and soon Pavel finds himself in a glittering, snow-filled world of fantasy, where the boundary between life and death is thinner than a breath and safety can be stolen away as quickly as a kiss.
Finding his way through court intrigue and the cold, haughty disregard of the Elven Ice King, Pavel soon faces an impossible challenge and has to use all his charm, his wit, his skill and even a little fairy magic to find out why the king wants him and what he expects Pavel to do.

Unforgettable characters, a battle with ogres and other fae creatures, a fairy's flute, a wizard's spell and a series of insane bargains--will Pavel survive in this realm long enough to find his happily ever after? The Ice King's Consort explores a fantasy world that delves into the magic of a winter's fairy tale to craft a timeless love story that seems modern and new. 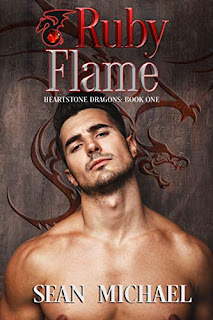 Title: Ruby Flame
Series: (Heartstone Dragons Book 1)
Author(s): Sean Michael
Length: 252 pages
Genre: Romance / Paranormal / Gay
Notes:
Blurb: Can a stolen night of fantasy turn into something real?
Up and coming fighter Seamus McAlistair is working as hard as he can to put his twin Liam through university and keep a roof over their heads. On their birthday, Liam drags him out to a club, but when they get there, Seamus balks. Prism is a gay bar and he’s deep in the closet because of his profession. When Liam hands him a lion mask and insists no one will know it’s him, Seamus agrees to go in for Liam’s sake.
Inside, the sexiest man in a dragon mask dances with him and it is slow and sensual, the hottest thing he’s ever done. Dancing eventually leads to more, the whole evening like a fantasy. When Seamus leaves, he knows he’s going to remember the stolen evening for a long time to come.
Then he runs into his dragon in real life and things will never be the same.
Thank you for stopping by and reading!!
at March 12, 2021