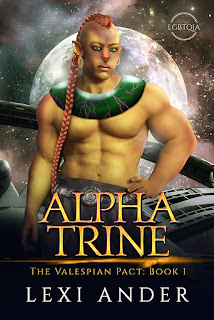 Blurb: The sole survivor on a science vessel adrift in deep space, Zeus was adopted by the Emperor and Empress of the Mar'Sani, though he is both human and blind, and seen by most as unfit to join the royal family. Though they were able to fix his vision, Zeus does not trust his eyes and the nobles of his parents' court refuse to ever trust a frail human.

Dargon Kal-Turak, along with his symbiote and lover Alpha, command one of the most dangerous ships in the stars. Narrowly escaping a trap, they dock in a space port to make repairs but find that the Psonics hunting them are closing in fast. In desperation they kidnap the port Master Mechanic, unaware that the man he brought on board is more than he seems, and will bring far more upheaval to their ship, their lives, and the stars than any of them could have imagined.


Alpha Trine made the Honorable mention list for the 2014 Rainbow Awards. See announcement at Elisa - My Reviews And Ramblings. 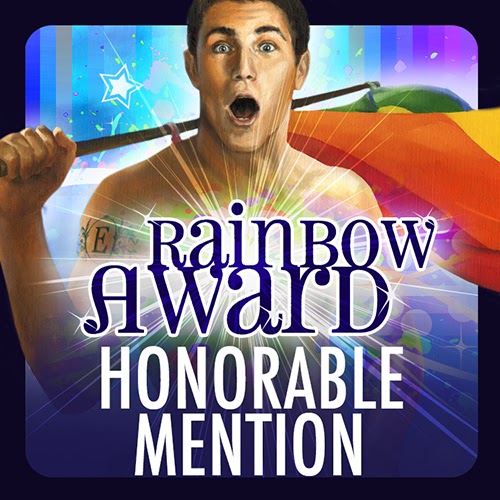 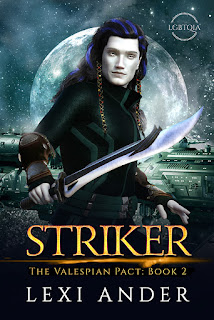 Blurb: The peaceful respite for which Zeus and his intended, Dargon and Alpha, had been hoping is shattered when Zeus is unexpectedly drawn to the Waters of Poseidon and told that the safety they've been promised is a trap. But the Fal'Amoric aren't the only important cargo on the Oethra 7, and countless others are depending on the success of their mission. If Zeus hopes to break the silent siege on Valespia and protect those most precious to him, he will need not just powerful allies but the fortitude to survive overwhelming odds. 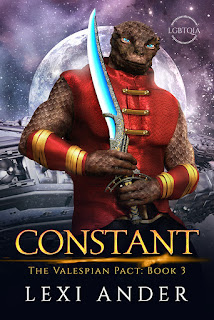 Blurb: Can a Warlord and a Prince find love when the galaxy is on the brink of war?

Chief Warlord Sohm'lan has a job he loves protecting the family who claims him as one of their own. He has known the loss of a mate and believed he would walk alone for the rest of his life… that is until Prince Mestor demanded more from him than duty. Unable to fathom why Mestor would want a widowed older warrior, Sohm'lan maintains his distance believing Mestor will eventually choose an amor closer in age and experience, even though the thought causes him more pain than it should.

Prince Mestor is tired of pretending and his patience is eroding. He needs Sohm'lan to see past their respective ranks and duties to who Mestor is underneath it all. Worried Sohm'lan will be lost to him if he pushes too hard, Mestor and Sohm'lan are caught in a dance of denied desires and tangled obligations.

Warlord Sohm'lan and Prince Mestor struggle to find a way to their heart's desire against the backdrop of galactic conspiracies, the dangerous mission escorting the Fal'Amoric royals, and discoveries within the Vondorian family that threaten to tear apart everything they hold dear. The two of them stand together to fight the coming battle whatever the consequences.

*Constant is 250,000 words and is the third book in the series that must be read in order.