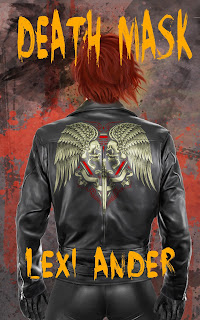 Blurb: Grim Misery, the President of the Black Harbinger Motorcycle Club, discovers a wounded warlock and four werepups aboard the club's LSD shipment. And the news kept getting better and better. Not only is the warlock sitting on the edge of death, he's illegally bonded to the werepups, which could trigger a war with the werewolves—and he turns out to be Misery's estranged husband.

Years ago, Griffin turned Misery away to be with another warlock by the name of Marcheso Aldo. Misery left everything behind, even his family, but couldn't shake the heartbreak Griffin caused. With Griffin thrust back into Misery's life, he discovers things aren't as they seem... and everything is about to get much, much worse.